Your one-stop source for assistance with your post-military transition.

Welcome to the Vessey Veterans Resource Center, a comprehensive resource that provides timely information essential to making informed decisions while you transition to civilian life. University of Maryland Global Campus is committed to providing you with convenient access to insights and support from trusted sources. Whether you are looking to secure the right job, understand your veterans benefits, or simply want to know what support is available, the Vessey VRC is here to help.

The Vessey VRC is named in honor of a distinguished UMGC alumnus and one of the most accomplished and inspiring military figures of our time, General John W. Vessey, Jr.

General John W. Vessey, Jr.'s military career began when he enlisted in the Minnesota National Guard in 1939. His unit was activated just prior to America's entry into World War II. Vessey's service took him to North Africa, where his unit took a strategic hill near Tunis at a critical juncture in the allied campaign; to Italy, where his unit saw some of the bloodiest fighting of the war; to Korea during the tense aftermath of that war; and to Vietnam, where he was wounded defending a firebase from onrushing Viet Cong invaders for which he won a Distinguished Service Cross.

By 1963, Vessey had become a lieutenant colonel. That same year, he graduated from UMGC with a bachelor's degree in military science. He served as vice chief of staff of the U.S. Army from 1979 to 1982, when he was appointed chairman of the Joint Chiefs of Staff by then President Ronald Reagan, making him the highest-ranking military officer in the country.

When he retired in 1985 after 46 years of service, he was the longest-serving active member of the U.S. Army. Vessey was a lifelong advocate of education who patterned his own life after a lecture that he first heard discussed in a UMGC classroom. The lecture was "The Five Evidences of an Education," by Nicholas Murray Butler.

Established in 2012, this fund awards scholarships to degree-seeking undergraduate students and gives preference to Purple Heart recipients, active-duty servicemembers and their immediate families, military personnel who are transitioning to civilian life, and students who demonstrate financial need. The scholarship is available to eligible students through our donor scholarship process.

Read about scholarships specifically for you.

UMGC's Office of Veterans Initiatives and Outreach helps ensure veterans receive the resources, support, and advocacy they need to succeed in transitioning after the military, earning a degree, and starting a successful civilian career.

Using your veterans education benefits at UMGC is seamless. The dedicated Veterans Certification Office at University of Maryland Global Campus processes your paperwork for education benefits quickly and efficiently, and we work in accordance with federal and state regulations so you can stay focused on earning your degree.

After you've followed the steps to apply at UMGC and registered for classes, you'll need to complete the Request for Certification Form through MyUMGC, the online home of your student account.

UMGC works directly with the Department of Veterans Affairs to provide information about the classes you're taking. We certify to the VA that you are on track with your program and all courses you're taking are applicable to your degree plan.

You can also make changes to your benefits and monitor the processing of your benefits from the Veteran Certification page in MyUMGC.

The people you socialize with, attend class with, [and] come in contact with on a daily basis can prove to be the most important asset when you're trying to find a job. Networks cannot only help you find great jobs, they're a valuable resource for helping with your resume. 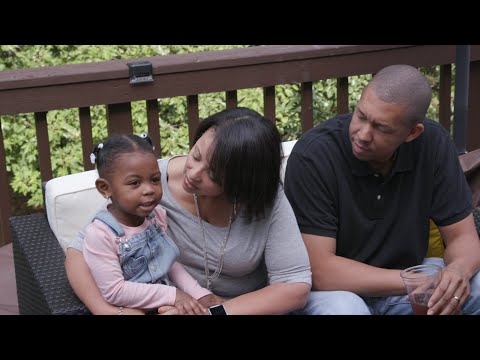 Working full time and taking care of two disabled children is challenging enough, but adding college to that mix - how did they do it? Monique and Dermaine talk about how the high quality and rigor of UMGC's instruction kept them motivated and helped advance their careers.

Read more about VetSuccess on Campus

VetSuccess on Campus helps veterans transition from military service to college. The program is designed to ensure UMGC's veteran students have the support and assistance they need to be successful in higher education, their careers, and their lives. Services are also available for military personnel, military spouses, and dependents.

The student-run VeteransSuccess Club provides an in-person and online community for fellow veterans and their families. An approved chapter of the Student Veterans of America, UMGC's VeteransSuccess Club is dedicated to ensuring that veterans, active-duty servicemembers, reservists, and their family members have a voice on campus and are successful in fulfilling academic, employment, and support needs.

Learn how the Forever GI Bill may impact you at UMGC.

See the many transfer credit options for military service members, veterans, and families, so you can estimate your time to a degree.

If you have questions about the resources available in the Gen. John W. Vessey, Jr. Veterans Resource Center, or if you have any suggestions about resources to add, please e-mail us at vesseyvrc@umgc.edu.

Undergraduate and standard graduate program tuition for students who meet the criteria for Maryland residency will be the applicable in-state rate. Tuition for active-duty military; members of the Selected Reserves, National Guard, and the Commissioned Corps of the U.S. Public Health Service and National Oceanic and Atmospheric Administration; and the spouses and dependents of these student groups will be the applicable military or specialty rate. If you are a student using Post 9/11 benefits, please contact an advisor at 800-939-8682 to determine if you can apply both benefits.

The Board of Regents has authorized the university to charge a student's delinquent account for all collection costs incurred by the university. The normal collection fee is 17 percent plus attorney and/or court costs. The service charge for a dishonored check is $30. Requests for services (for example, transcripts, diplomas, registration) will be denied until all debts are paid.

Please see the Policy on Student Classification for Admission and Tuition Purposes for specific details about residency requirements.

GI Bill is a registered trademark of the U.S. Department of Veterans Affairs. More information about education benefits offered by VA is available on the U.S. government GI Bill website.

The UCSP 615 requirement may be waived if you previously earned a graduate degree from a regionally accredited institution. For more information, contact your academic advisor.

Orientation to Graduate Studies at UMGC

(Required within the first 6 credits of graduate study for all new graduate students, except those in programs requiring CBR, DCL, or PRO 600.) An overview of the skills needed for academic and professional success. Focus is on enhancing communication and critical thinking skills. Assignments provide familiarity with tools such as library and information resources. APA style and resources are also addressed.