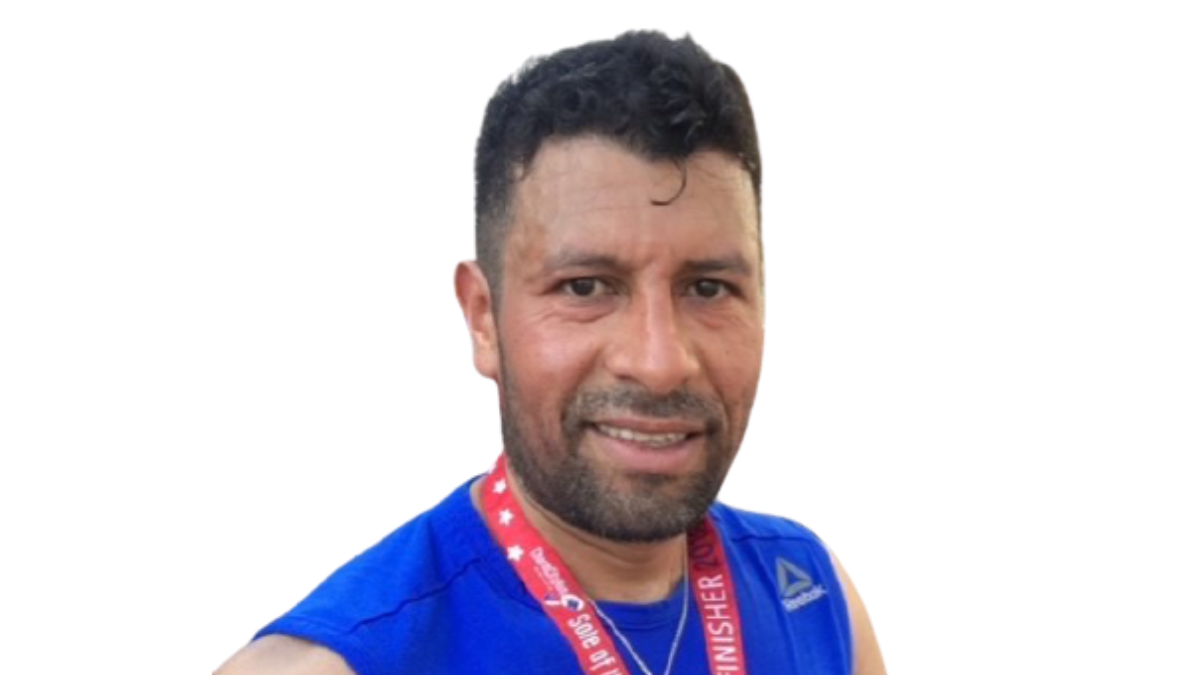 Arriving from Guatemala at the age of 20 to join his mother in Maryland, Edwin Marroquin was at a loss on what to do next.  He enrolled in Montgomery College jumping from major to major while working two jobs.

He finally gave up and took a job with New Wave Technologies, a distributor of imaging devices and software, where he remains more than two decades later as a logistics coordinator and warehouse manager.

When the company moved him to Frederick, Md. shortly after he started, he looked around for a way to become involved in the community.  He found a welcome with the Frederick Volunteer Fire Department. He thought he would be doing administrative work for the department, but before he knew it, he was training to fight fires.

Beginning in January 2013, this training took him through courses in Emergency Management at Frederick Community College, including training in swift-water rescues, and hazardous materials.  The more he did, the more excited he became about his volunteer work while still maintaining his regular day job. Then he learned the college had started an associate’s degree in Fire Service Administration. Beginning in 2017, he found a lot of his training had earned him college credits. Combined with the credits he earned at Montgomery College, he graduated with an AA degree in the spring of 2019.

Still working for New Wave Tech, he decided to keep going with his education. That’s when he found UMGC’s Public Safety Administration degree. He hoped that would get allow him to jump from a volunteer firefighter to a full-time position in emergency management or public safety.

“I found out that after years of trying to figure out what I wanted to do, I realized that Public Safety Administration was what really draws my attention,” he said.

On the side, he started a minor in accounting.

As he finishes up his last two courses in time for a December graduation, he looks back and sees what he has accomplished and how he accomplished it. His father had stopped his formal education in the second grade in Guatemala. His mother had made it just through the sixth grade. None of his three siblings got past high school.

“It took a lot of discipline to finish, discipline that I didn’t have when I was younger,” he said. “I’ve I made the Dean’s List every semester. I could have just gotten by, but I committed to do a lot more, just going 100 percent. Get it. Get it done.”

Even as he crosses the stage with his new degree, he knows he is not done with his education.  He’s jumping right back in to expand on his minor in accounting to complete a second bachelor’s degree.

What is his advice to fellow immigrants trying to find their way in American higher education?  Many scholarships are out there, he said, and he has been able to use them to pay for most of his classes. But the important thing is determination.

At age 46, he knows he no longer can apply to be a full-time firefighter. So, he is looking at a wide range of government public safety positions, including in the Federal Emergency Management Administration.

“Once you start, just keep moving forward,” he said. “Your friends may be going out having fun, but you should put it all on the table. If you work hard, you have a higher reward. Never stop. Once you stop, you will never start again. Even if it takes 10 years, it’s never going to get any easier.”

So how determined is Marroquin?

Working full time and acing his college courses, he still found time to train to run marathons – five so far since 2018, including qualifying for the Boston Marathon, which was postponed due to COVID-19.